Are pot stocks in a bubble, or is it safe to get in now?

The introduction into pot stocks have come and gone. If you haven’t heard the chatter around the water cooler at work then you might be living in isolation.

In this beauty queen pageant of publically traded cannabis companies, the notable runner-ups are Aphria, and Aurora. These two companies are currently purchasable at under 10 dollars per share on the Toronto Stock Exchange. Which is almost three times the value as their big sister, Canopy. What will change come October 17th?

The change to recreational marijuana could potentially prove beneficial for the big three players. Although, stock analyst and reports from various news sources have said that there are some small-time players and American cannabis retailers who may make the jump to investment-stardom.

What suggestion can we give you? We can certainly speculate, and more importantly, we have a few tips to share.

Tip 1: August to October generally generates poor trading numbers, many people who are holding any stock options globally, are witnessing the low valleys of the current stock market.

Tip 2: American companies may rise to the occasion if they gain access to Canadian markets, as their branding abilities are not as restricted as the Canadian cannabis suppliers. Tip number three, companies such as Shoppers Drug Mart, Molson Coors Brewing Company, and Manulife Financial Corp have entered into talks with major cannabis companies, this could yield partnering cannabis retail companies and investors’ strong financial dividends. Last, but certainly not least, buy on rumors and sell on good news.

Purchasing stock after a big announcement may be the peak of the stock price, and it may mean that you may have missed the magic investment school bus. 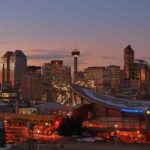 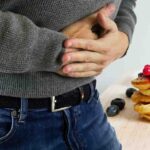