Is Canada the new land of cannabis opportunity? A few American cannabis retail companies’ seem to think so. The grass appears to be a little greener across the border these days. Recent news outlets from across the country have reported the arrival of an array of American cannabis retailers ready to hit the growing Canadian cannabis market. Stock prices from cannabis companies across Canada have seen a fluctuation in stock price movement during the last few months.

The summer months often proves to be a dull financial quarter for most companies. Who are these American cannabis companies and how are they performing thus far in Canada? Just as you guessed, they are merely average in terms of stock price strength.

The Canadian Securities Exchange has been merely mediocre to the American newcomers.

Other companies’ in IPO stages looking to make a break for the border are Liberty Health Sciences Inc., Acreage Holdings, and Chalice Farms to name a few.

The current U.S. federal regulations against the cannabis industry within the United States has pushed these American businesses into the great white north. Cannabis investment outlets have reported that international investors feel more secure with American cannabis companies operating in Canada. Surprised? Neither are we. 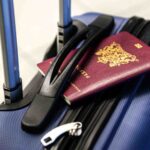 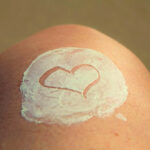 Cannabis Topicals, Oils and Lotions – Welcome to the Dawn of Healthy Cannabis Alternatives

The All Inclusive Resort for Cannabis Professionals – Cannabis Haven International

Cannabis Inspired Art From The End of The World: The Contemporary Creations of Patagonia Artist Julian Bustos