The American Wild West era was an exciting 30-year period beginning in 1865, glamorized by catchy piano tunes, outlaws and cowboy standoffs. During this time, hemp was undergoing a revolution of its own. It was a major industrial asset in the United States, with an estimated 8,400 documented hemp plantations.

In Canada and the United States, the strong hemp fibers were used abundantly in paper, oils, clothing, and birdfeed. Most of the plantations in North America could be found in Kentucky.

Eventually, unethical and inhumane employment conditions became a major limiting drawback to growth of these plantations. Fortunately, some brilliant and open-minded individuals continued to promote cannabis and its many uses.

Henry Ford, born in 1863, would later become enthusiastic about the potential uses for hemp drawing buzz for a short period of time.

Unfortunately this realization happened too late, and the cannabis industry as we know it in the United States was on the decline. Soldiers in Mexico during this time continued to use hemp for making cigarettes. As the Wild West days neared their end, so did the hemp industry in North America. Now that’s no smoking gun of a tale. 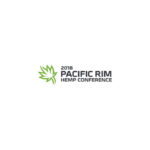 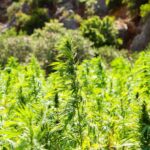 Maciej Otw has been a cannabis enthusiast and author in Calgary, AB, Canada for the last 15 years. Find Maciej at Extract events and behind the camera on the Extract Potcast team. Contact me about this article maciej@extractmag.com.

The Best Conditions for Growing Hemp & How Does Alberta Stack Up?

Hemp As A Bioeconomy Item