It should be no surprise that multimillion dollar companies are trying to find some partnerships with major cannabis companies. Business rumors and deals are practically popping up on a weekly basis. The stock market has fizzed up and initially demonstrated some positive gains for investors trading publicly listed cannabis companies.

Major news outlets from across the world have relished from information surging into social media news feeds. Whether cannabis consumer or moderate business investor, the news about major companies plotting marriage proposals has gathered major attention from all news outlets and social media platforms reaching an audience on a global scale.

What can we tell you? Well for starters there is no shortage of investment opportunities. Many investors have been eyeing Aurora’s stock for a couple years now. Auroras rumored merger with Coca-Cola may catapult the popular cannabis company into the next stratosphere. Recent negotiations between the titan companies have investors and potential future investors bubbling. Like mixing Mentos mints and Coca-Cola, there may be a chemical reaction sending Aurora stock valuation up and fast.

Although, reports have said that the major Coca-Cola company is not interest in deals with any major cannabis company. There is a potential that these major beverage companies are interested in associating themselves with the increasing CBD attention. CBD (Cannabidiol) is the non-psychoactive cousin to THC. CBD has shown tremendous benefits towards wellness in multiple studies. 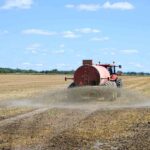 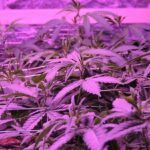 What Type of Grow Setup is Best for Me In Calgary?

The All Inclusive Resort for Cannabis Professionals – Cannabis Haven International