Cannabis In The Workplace: The City of Calgary Says NO To Cannabis For Employees

With legal cannabis comes additional challenges for employers. Regardless of where you stand within the cannabis intoxication discussion, we can all agree we want to see safe workspaces around us and for our employees. Legal cannabis complicates the workforce for a number of reasons, and recently the City of Calgary has outlined their specifications within a job listing for season gardeners. Before we dive into the City of Calgary’s employee policies, let’s look at why testing for cannabis intoxication has become such a pressing issue.

Plain and simple, most employers don’t want their staff stoned on the job. As a matter of fact, there’s no solid test for point-in-time intoxication, meaning it’s nearly impossible to know if your employee is baked, or still has cannabis in their system from weeks before.

Most employers don’t want their staff stoned on the job. As a matter of fact, there’s no solid test for point-in-time intoxication, meaning it’s nearly impossible to know if your employee is baked, or still has cannabis in their system from weeks before.

Workplace intoxication policies seem to mimic our motor vehicle regulations because by law, they have to. Unfortunately, law enforcement agencies and those studying the subject still have no answers for indicating intoxication related to THC.

The Drager 5000 is a device that’s been approved for use by law enforcement agencies in Canada. While Edmonton Police use the Drager 5000, not all Canadian agencies have adopted the device.

The downfall with the Drager 5000, the fact that it reports levels of THC found in your saliva. While saliva holds THC, this doesn’t accurately represent levels absorbed and processed by your body, not to mention, levels of intoxication.

Other law enforcement agencies such as the Calgary Police Service have opted for physical roadside tests. These are administered by professionals which have been trained on the signals and symptoms of being high on THC.

So, what are we left with?

Traditional methods of drug testing. Urine, blood and hair samples. All which display the presence of THC weeks after consuming.

The uncertainties of any testing available on the market means that it’s technically impossible for an employer to understand if an employee is stoned on the clock. As a resolution, some employers have taken a hard stance on cannabis intoxication, and that means, zero tolerance.

The City of Calgary says no THC for safety sensitive positions

Recently attention on social media brought us to an employment posting from the City of Calgary, strictly prohibiting the use of cannabis in a job post as a seasonal gardener. The big question here, what defines a safety-sensitive position?

We’ve contacted the City of Calgary and will post updates to this article as we hear back.

Not all Calgary companies have taken a harsh approach to workplace cannabis policy. Approaching the introduction of the Cannabis Act, October 2018, WestJet was vocal with their efforts to accommodate the changes in regulation.

This brings up a valid discussion; what defines a safety sensitive position? And, should cannabis use be acceptable in the workplace?

Let us know your thoughts below. 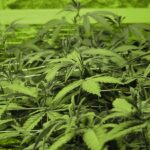 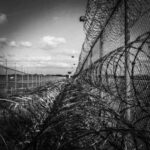 Legal THC Edibles in Alberta Now Available Across the Province

Recalls, Coupons and Deals NO BS

20% OFF
20% OFF HONEYstick VAPES & ACCESSORIES
Save 20% off your next HONEYstick vaporizer order at HONEYstick online!
VIP20
Go to the deal