So why did some get approved and others not? So far, what we understand from various news outlets is that some specifications have restricted the approvals across the city. Tentatively, even those previously in the medical cannabis business have been denied preliminary authorization. You may ask, what are some of these specifications?

Approvals were rejected based on such things as being too close in proximity to schools, churches, or daycares. The Calgary Herald has said that “the city hopes to approve all application by August 08, 2018”. Certain business in specific areas of Calgary were recently approved in the last round. Cannabis businesses that have been given the green-light operate in communities such as, Signal Hill, Rundle Mission, Sunnyside, Mount Pleasant, Bridgeland, and Coventry, to name a few.

The AGLC noted they will likely issue 250 retail licenses across the province within the first year of legalization. No more than 15% of the total licenses can be held by a single person or business.

Although, retail businesses already approved are still obligated to seek authorization for a city business license, as well as a provincial permit. What has some troubled is that approval was given to retail shops not set to open for two more years, while others ready for business were left burning.

If you are a cannabis retail shop waiting for your golden ticket of approval, perhaps you may only need to wait a little longer. So far, it will be unknown if more restrictions are enforced after legalization, or if current restriction are lifted after October 17,2018.

Here’s a link to the Retail Cannabis Handbook issued by the AGLC. 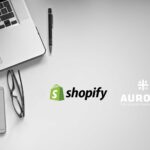 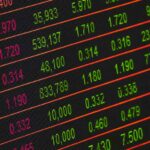 Turn Anything Into A Cannabis Infused Dish In Seconds